Upon opening the walls and ceilings we discovered broken pipes, cut up framing, broken/missing subfloor boards and bent pocket door tracks. These were all repaired. 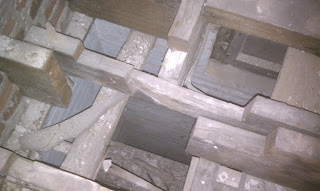 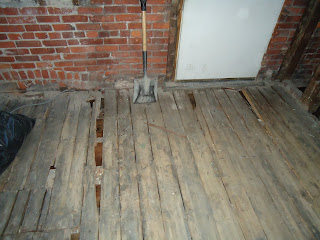 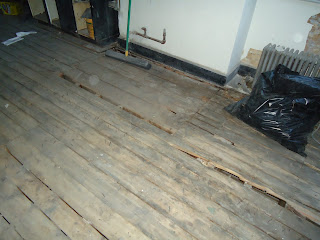 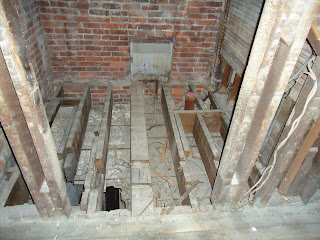 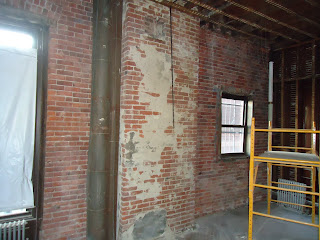 Re-pointing interior bricks in Bishop's office to prevent water migration from exterior. Exterior pointing to be done in near future. 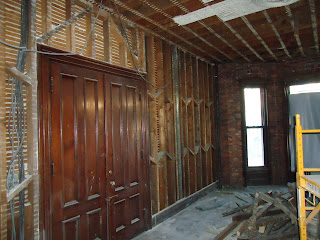 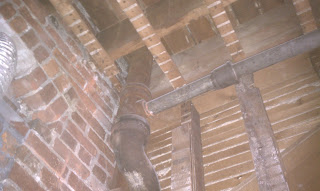 Broken vent/drain pipe in bathroom ceiling. This was repaired so new kitchen sink could vent into the stack. 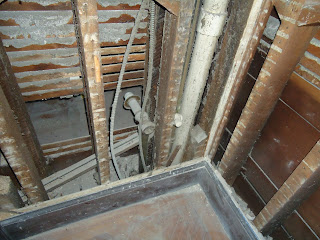 Pocket door track was bent up when the first floor was turned into a doctor's office in the 1930s. The plumber pushed up the sink drain pipe and bent the track up. He either knew he did it and decided not to fix it since it meant opening up the wall, fixing the track and moving his pipes or he did not know he did it. My guess is he knew. Both pocket doors now fully open and close. We are also going to get a new skeleton key made so the doors can be locked with the existing antique lock.
Posted by Hurley-Testa Construction at 5:38 AM