Kitchen after decision to remove half bath and pantry 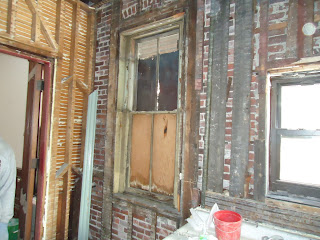 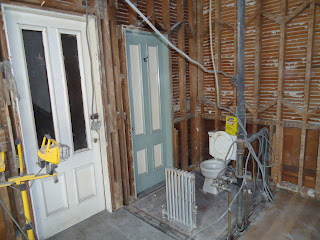 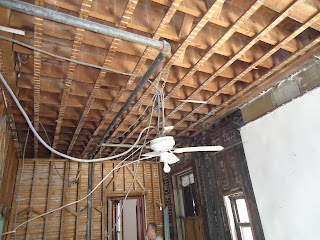 The half bath and pantry were removed to allow for a larger kitchen. The half bath was originally going to be remodeled and the pantry was to be left as it was, but just paint the walls and ceiling. Now the kitchen can be laid out to accomodate standard sized appliances. Originally there were 2 large windows, 1 small window, 4 doors and 1 chimney which prevented a useful kitchen layout. After the pantry was removed we found a larger window behind the walls that was never updated. A new window will be installed.
Posted by Hurley-Testa Construction at 3:25 AM